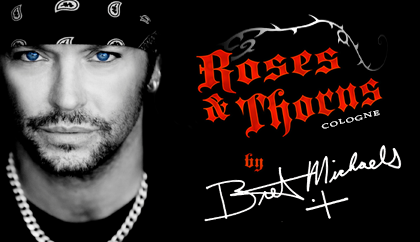 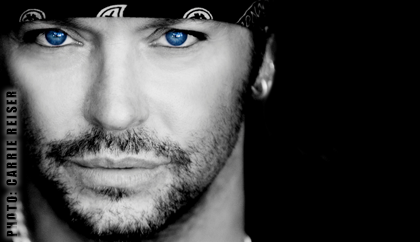 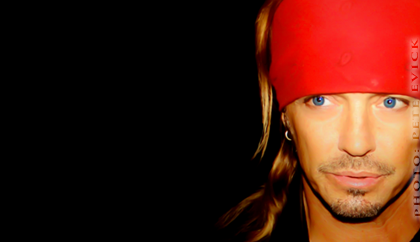 About Bret Michaels and Roses & Thorns 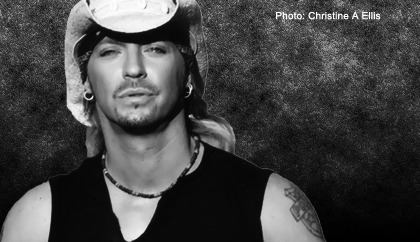 Bret Michaels is a legendary singer-songwriter, father, entrepreneur, philantropist, and diabetes advocate. His passion for life translates into every endeavor he undertakes. The drive to succeed has lead to a successful music career, both with Poison and as a solo artist, spanning more than 25 years, 30 million records, millions of fans, countless hours on the road and sold out venues around the world.

Roses & Thorns cologne was a concept born out of sheer necessity.

The singer, who is known for meeting fans night after night in the close quarters of his bus made famous on his hit TV show Rock of Love with Bret Michaels, knew that he needed to always smell his best. Often times due to the late nature of his performances and the amount of people he needed to meet, there wasn’t always time for a lengthy shower after the show. However, with smell as one of our strongest senses, smelling bad is just not an option especially for a public figure.

After many months of trial and error and even a few shirt burnings, the final Roses and Thorns scent was locked. Michaels, a self proclaimed “drealist” part dreamer and part realist knew that not only did he need to like the cologne but so did others. So the real life smell test began.

Michaels swapped out his old standard cologne for his newly created signature scent and continued meeting fans night after night. One by one the comments started coming... “He smells so good!”, “What are you wearing? You smell amazing.”, “Oh my goodness, he smells so good”.

Night after night, fan after fan, everyone commented on the fragrance which lead to even more discussions about the eventual release of the cologne. While the women swooned as Michaels explained that it was his own creation, their husbands commented that they would wear it as it was a good manly smell and obviously the women love it. His signature scent even making the newspaper when a fan proclaimed that “he smelled so good she could lick him.”

Michaels says “Let’s face it. Your scent precedes you and that is important. It can either be off putting or you can rock your perimeter and smell great. There was no magic formula for this cologne. It was born out of necessity and then a lot of trial & error, creativity and a lot of hard work to come up with the perfect combination of scents to make a great smelling cologne.”

For more information about all that is everything Bret Michaels, visit his official web site for links and details about all of his many projects.